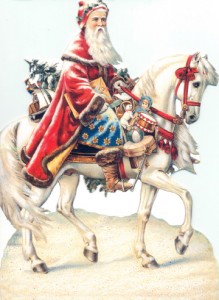 Before I share some of my CHRISTmas memories from decades past, I ask if you would please also share your favorite memory…or two…of earlier years in Knoxville. It’s easy and painless and readers will also be able to enjoy your meaningful experiences. Just add your thoughts at the bottom of this article. THANKS! 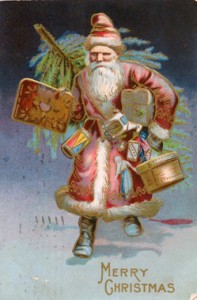 In today’s “politically correct” environment, nativity scenes are frowned upon or forbidden. Such was not the case in the 50’s in Knoxville. One of my fondest memories of Christmastime is the LIVE nativity scene put on by Fifth Avenue Baptist Church in the 2500 block of Fifth Avenue. Everything was live…except a doll that was used for the baby Jesus. Mary, Joseph and the shepherds were real. And the wise men were live, but they did not carry gold…even though it was only a few dollars an ounce at that time. Angels were on a platform extending from a third floor window. Donkeys and sheep were real, but there were no camels. Well that’s not true….in those days smoking was not “verboten” so Camel cigarettes were often visible among the onlookers.

There were two crews each night that alternated 30 minute shifts. Between shifts there was hot chocolate and cookies in the fellowship hall. It was fun, effective, memorable and …..welcomed by people of all faiths. Few if any were offended.

The lighting of the Miller’s tree…and later the Richs’ tree after they bought the red brick building on Henley across from the YMCA was always a treat. The music was piped out over the “loud speaker system” and voila….the tree lit up and everyone clapped. In those days you had to physically be there to sing, witness the event and participate in the excitement. Now we can sit in a recliner and watch the tree lighting in D.C., N.Y, Paris and Miami with merely a flick of the thumb. Have we progressed as the years have passed? I think not! 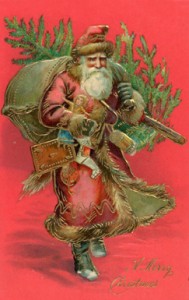 One year our family was stopped at the railroad crossing on Prosser Road, on our way from my wife’s home to my parent’s home behind Bell Avenue Church. Our sons were about four and beyond excited. While awaiting the passing of the 100+ car freight train we heard a knock on our car window. The kids gasped and said “it’s him…it’s Santa.” We turned to see the most realistic Santa I have ever seen. He had gotten out of his car which was stopped behind us and walked to our car to thrill our wide-eyed young boys. For a minute I thought, “can this be true?” Our sons remember this night vividly some 4 decades later. Yep….I do too 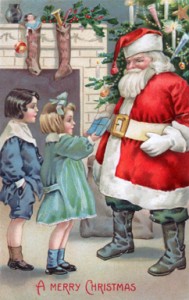 I have many others, most of which center on the warmth and camaraderie of family…Mom’s apple sauce cake with caramel icing, chocolate fudge candy, hot chocolate with marshmallows and her signature Swiss Steak. YUM!!! I also can feel the relaxation that came with the end of final exams and the first quarter of college each year.

I have many more, but we want to hear yours. Please share them with us!

Posted in Do You Remember and tagged christmas, knoxville heritage, tennessee