Seventy-one years ago, December 7, 1941 the US “was suddenly and deliberately attacked by naval and air forces of the Empire of Japan.” as FDR said.  It was truly a “day that will live in infamy,” and will never be forgotten…or will it? The events of that day truly changed forever the course…but maybe not the collective memory…of history. 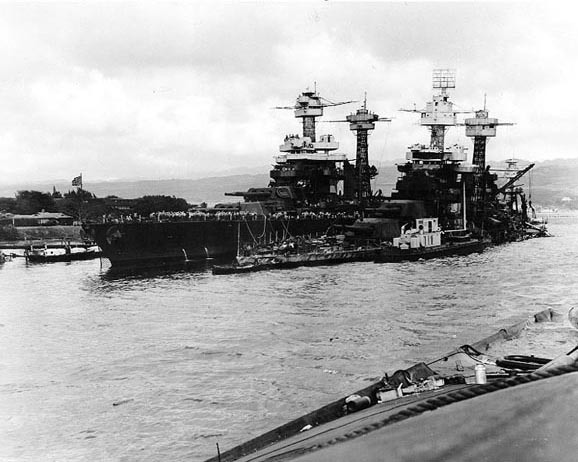 I was 9 months and 15 days old when the attack occurred. In my early years from 2 through 5 or 6 I remember the effects on the lives of stateside families who were physical and moral supporters of the war from our safe homes. We, the USA, lost 500,000 men and women in WW2, about the same as Great Britain and France, but no part of the battle was ever waged on our soil.  By comparison, of the more than 60 million total deaths in WW2 the Soviet Union lost over 23 million, China 15 million, Japan 3 million and Germany 7.5 million.

In the 4 years and 8 months that followed Pearl Harbor, the US went from peacetime (even though we were “passively” involved by helping the British in the Battle of the Atlantic) to a total focus on the war in Europe, Asia, Africa and ultimately Japan.  During that short time we, mobilized a committed nation, becoming the tip and engine of the spear that defeated the despotic Adolf Hitler and his followers…both the willing and the unwilling.

Today we are about to lose the message and the results produced during those 1700 days…JUST 1700 DAYS…that followed the attack in Hawaii.  Today our country can’t decide where to hang the toilet paper rack in a government bathroom in that space of time. We are a rudderless and paralyzed nation of takers…GOD HELP US!!!