The iconic voice of the P.A. announcer at Tennessee home football games was silenced when Bobby Denton passed away at 73 in April of this year. Bobby was a 1959 graduate of East High, and a broadcasting legend in Knoxville.

As I read the articles written in numerous newspapers and posted on-line I was drawn back to some palpable memories of times Bobby, Don Whedbee and I played together in the early fifties. As I looked at the pictures, most taken in the years after he began his broadcasting career, and read about the genesis of his career I realized two things.

First, there are some pictures that few if any have seen of Bobby. One of them is at the top of this story. Others follow.

Secondly, I believe I can shed significant light on the reporting of how his career actually began. I believe that only his sisters; Carolyn, Charlotte and Toni, his mother, Don Whedbee (EHS 1958) and I know the real story. Bobby lived in a duplex in the middle of the twenty five hundred block of East Fifth Avenue. In the early 1950’s Bobby, Don and I played together almost every day. Football in the 5th Avenue Baptist Church yard, basketball in my backyard on Cherry Street…on a dirt court…baseball at Chilhowee Park and even fishing in the lake at the park filled many days during those growing up years.

Bobby’s bedroom was on the second floor of his home. One day as we knocked on the Denton’s door for another day’s play, his mother, a kind and gracious lady, told Don and me to “go on up, Bobby is in his room.”  We found Bobby sitting on the floor, behind the door of his room, announcing a fictitious baseball game that was playing in his mind. So as I read the story of his initial announcing gig at the raceway in Maryville I realized, that the story was minimally incomplete and really just flat wrong. He may not have had a big audience, or gotten paid, but his true broadcast career beginning was in 1951-52, not in Maryville in 1957.

As Paul Harvey famously said, “Now you know the rest of the story.”

Most of the people in the attached pictures are identified. Most attended high schools in Knoxville and some attended Tennessee. 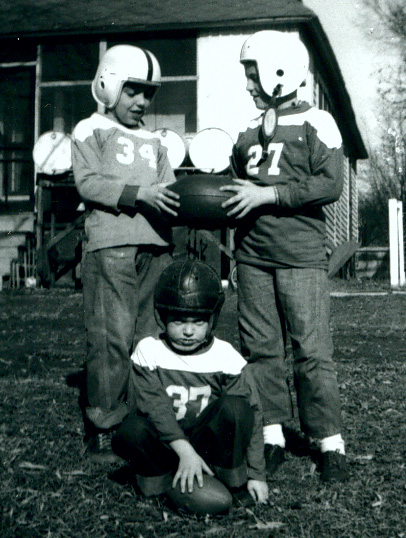 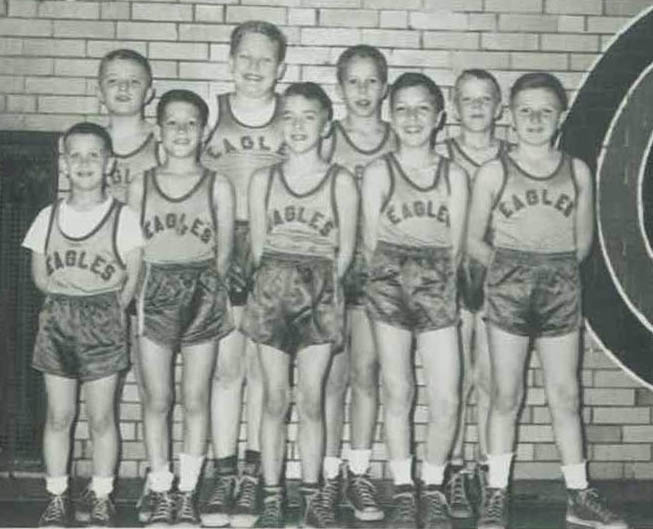 Players the same as other photo with two additions as noted.

Posted in Do You Remember