Many of life’s milestones cause us to dig through the remote recesses of attics, open boxes closed for decades, thumb through photo albums not visited for years, and rediscover other items yellowed and rendered smelly by years of hiding in dark, damp places. Most of us have been faced with this retrospective journey because of a death in the family. Other times, we are moving, trying to downsize our living space or maybe just trying to reconnect with the inner kid in us that is trying to re-emerge.

For whatever reason, photos, albums, and articles from newspapers are recovered from their years of sequestration. Often what we find we have never seen before, and almost always we will find many things we have seen but forgotten as the years erode our memory. Suffice to say, there remains a treasure trove of items many of us have that others would like to see.

The KNOXVILLE HERITAGE website is dedicated to visiting the past in hopes of bringing back fond memories and maybe providing some reconnection or perspective that adds to our enjoyment from history…our history. I am constantly looking for items that have broad appeal to those of us who were young decades ago or those who want to see things that connect them to family who lived in those days…”way back when.”

A few months ago, I had a “catch-up” conversation with Rich Hooper, “Richie,” or “House Ape,” to those of us who knew him when his hair was brown instead of “salt and pepper.” I asked if he had any photos or articles from our youth that he would be willing to share with a broad audience of 1950’s teenagers.  Rich and I played baseball together, worked together, and ate many a tuna fish sandwich in my kitchen over the years. Further, I knew his parents well and suspected that his very detailed and energetic Mom, Dot, would have saved photos, etc., from his childhood. He said he thought there was a “box of stuff” stored away somewhere, but he couldn’t remember where.

Well, a few weeks later I got a large envelope of “stuff,” yellowed from the years, folded in all sorts of ways and, in general, in a state much different from its original condition. However, it was a treasure trove of items that covered the decade of the 50’s and beyond. We sorted through it and I was amazed at the breadth of history she had kept and Rich had found. 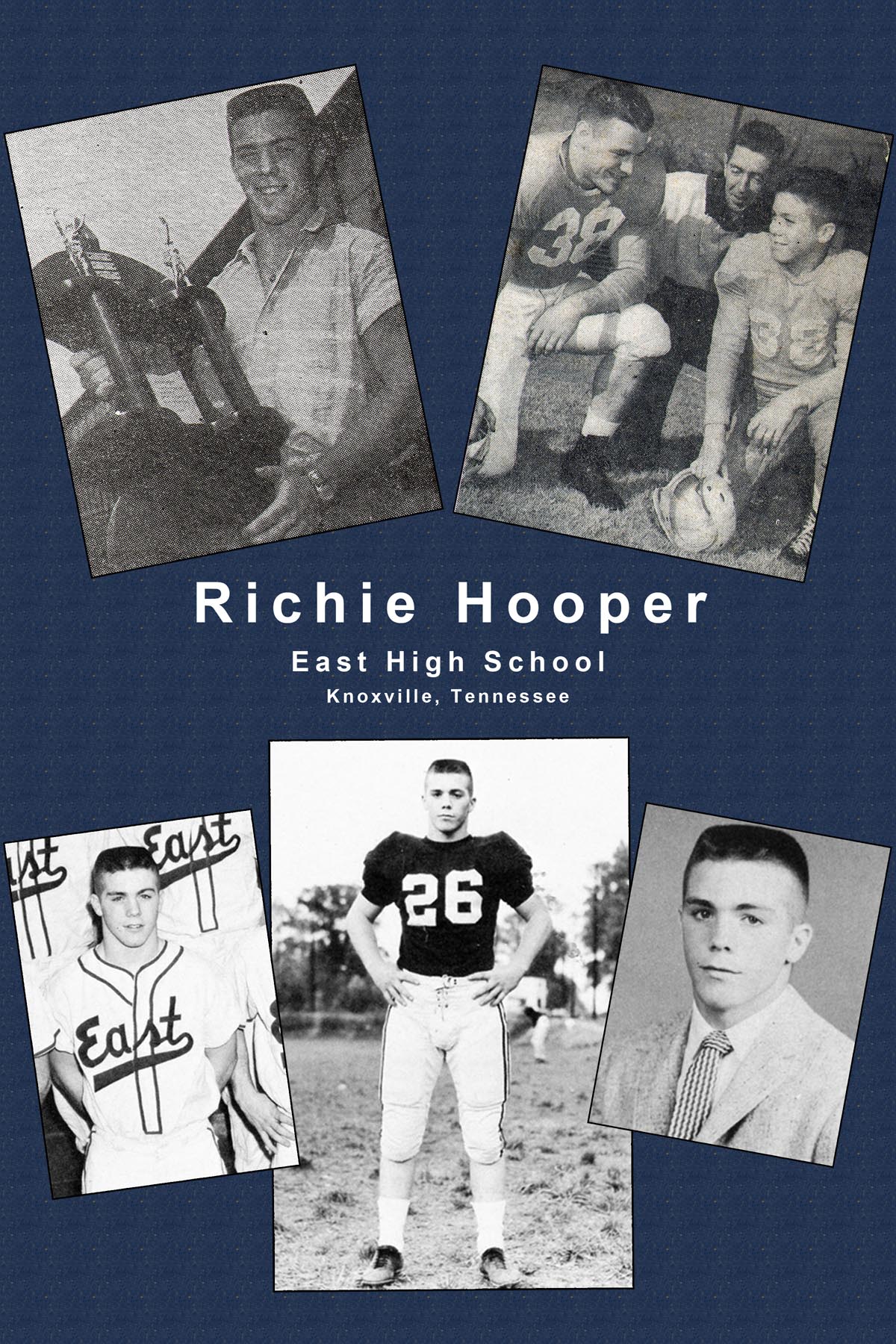 In the high school section of www.KNOXVILLEHERITAGE.com you can see the photo album that resulted from this “barn find,” if I can steal a phrase from those who find valuable autos in barns all over the world.  Hopefully this treasure, and those that we hope will follow, will serve to help you remember people, places, and events from those years.  Since I have been the keeper of my family history, I have also included an album of my brother, David Greene, from his days in Park City, at Holston, and at the University of Tennessee, from the late 50’s through the late 60’s.

If you are like me, some of these pieces of history even elicit smells and sounds as we reflect on past events. As a matter of fact, can you smell fresh popcorn and not remember a basketball game or “show” (movie to those who are too young to remember what they were called “back in the day”) that you once attended? I can’t!

To expand KNOXVILLE HERITAGE, we would be grateful if each of you would help us add to the material on this site.  We need EHS Blue and Gray newspapers from 1951 through 1954 and those after 1964.  Also, we need KHS Blue and White newspapers. We have an interest in photos and albums that would have a wide appeal and any additional material from Knox Hi., East, Holston, Central, and Fulton High Schools. Contact us if you have material that fits with our goals.

We have a FANTASTIC photo album coming up in the weeks ahead…watch for it!