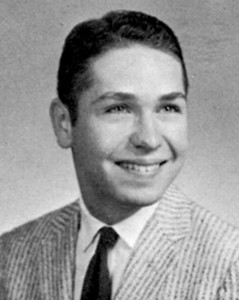 In today’s fast paced (as fast as it can be at our age) world, it is truly heartwarming to see friends and acquaintances rally around a hurting brother. Well, it was not surprising when we saw this happen recently with some East High graduates.

Hundreds at least, and probably more, have been humbled and blessed to see a great friend, David McMahan, struggle with the insidious disease of cancer. This blessing has come frequently in recent months as we have heard David and his wife, Ardue, praise our creator God, for the gift of life even as David’s strength was ebbing away. I have choked back tears numerous times as I read David’s words of praise in the midst of his intense pain. Other readers also walked away uplifted to see his courage and hope for the future. He has consistently reminded us that his hope is in Christ, and none other.

As many who grew up in Knoxville, David is a fan of Volunteer football. David’s youth in the 50’s was a time that the Vols were at or near the top of college football. The 1956 team held a special place David’s heart…so much so, he had put together a voluminous scrapbook of that incredible year.

A few days ago I received a note from Cindy Prince Lacy about a lunch given recently in David’s honor. His life long friend and East graduate, David Lawson, had arranged a get-together of McMahan’s family and some friends. 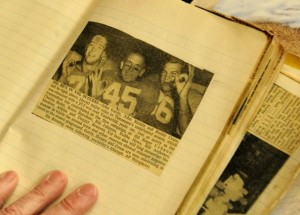 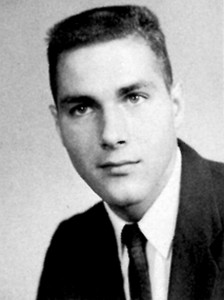 As they looked through a scrapbook David had created of this SEC Championship team, Majors and Cruze provided a narrative of the photos for David and all the guests at the luncheon. No stranger to medical issues in recent years, Cruze told me today how impressed he was with the abiding faith of the McMahan family.

WBIR TV in Knoxville filmed a portion of that memorable day. To view the clip click here.

In 1956, both of these Vols were named to the Look magazine All American team, which was introduced by Perry Como on national TV a few weeks before Tennessee’s appearance in the 1957 Sugar Bowl. Searching through the archives, I found this clip (click here).

The following is a 7+ minute clip of Tennessee’s 27-7 victory over Vandy in the final regular season game played by Majors and Cruze. 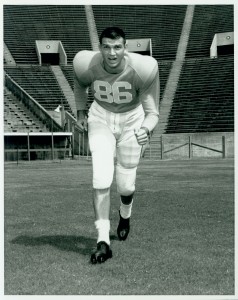 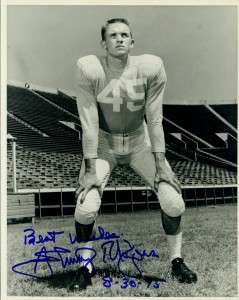 It was, arguably, one of the best games played by either in their stellar careers. Buddy has been treated medically at Vanderbilt hospital numerous times in recent years. He claims that he did not use an assumed name when he registered at the hospital, even though he had been a big reason that the Vols won the Vandy game on that cold December 1 game at Dudley Field.

Further back in history, here is a great clip of John Majors telling about coming to UT in the fall of 1952.

I hope these comments, photos and film clips brighten David’s day as he has continually brightened our lives. God Bless David Lawson, Buddy Cruze, John “Drum” Majors and all the McMahan family. You are in our prayers.