This weekend my wife and I attended a “Doo Wop” concert in Sarasota, Florida. Popular groups, mostly from the 60’s, comprised the Rock & Roll headliners for the raucous evening. It might be a stretch to consider 1500 sixty and seventy-somethings as raucous. Maybe loud, enthusiastic and seated would be more accurate. The groups, the Crests, Del Satins, Brooklyn Bridge, the Capris and Manhattan Harmony, danced…or shuffled…and performed over 30 songs over an enjoyable two and a half hours. 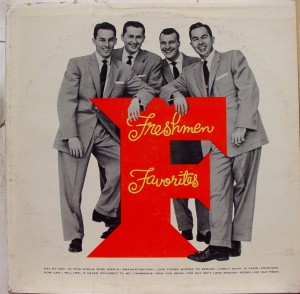 By the mid 1960s I had graduated from U.T., was married and had twin sons. Consequently, my interest in the myriad participants on Dick Clark’s American Bandstand and its successor, Soul Train had waned significantly…to the level of non-existence. Therefore, I barely recognized the groups on stage that evening. Further, I was unfamiliar with all but six or so of the tunes they sang. At the time they were “hits”…I use the term reservedly…I was changing diapers and trying to sort out this new world of making a living for a growing family.

But, the night did cause my mind to drift back to the period that established my musical interests. From the early- fifties with Bill Haley and The Comets’ “Rock Around The Clock” to the mid-fifties with The Teenagers and their lead singer, thirteen year old Frankie Lymon’s “Why Do Fools Fall In Love” on to the late fifties and “The Great Pretender” by the Platters, Rock and Roll was, well…on a roll.

Then in the early 60s a new musical genre came on the scene…Folk Music. It blended tight harmony with music from the Civil War, to Americana to the early protest period. In the mid 60s My wife and I saw a very young John Denver as a replacement in the musical group, The 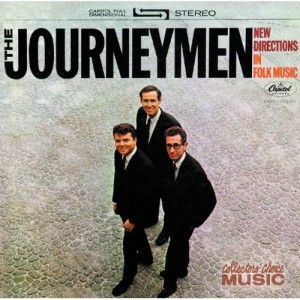 Chad Mitchell Trio, perform as an opening act for Andy Williams at the open air theater in Gatlinburg. What a great show they both put on! 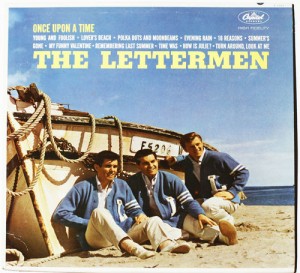 Folk music hit its stride but in the mid 60s the British invasion stopped it dead in its tracks…except for a few diehards like me. My favorite group is still The Journeymen with their “500 Miles.” To me they epitomized the folk genre, even though they cut only three albums.

The Four Freshmen and the Lettermen are two groups whose melodious style paralleled the folk period and have a strong, cult-like following even today.

I’m sure that each of you has a favorite genre, song, group and musical time period. I would love to hear yours…and I bet that others would too. Share them with us so we can all take that four to five decade walk back to our youth.

Scroll down and click to play the music videos.